I have an ongoing project at the house, wait, the house is an ongoing project. Nice. Nonetheless after what seems like my daily run to the local lumber and building supply superstore I decided I needed to try out my sister-in-laws Nikon D40. She said I could borrow it and when I get the rare chance to shoot with a DSLR I jump at the chance. The sun was out and it was quite breezy, again, so I decided not to shoot the Daffodils again.  I head to the lake and settled on ducks and such. There are plenty of water fowl here year round and as bonus there was a piece of construction equipment at the edge of the walking trails.

As I got out of my ride I was greeted by the calls of a few groups of  Sand Hill Cranes overhead. I tried several shoots even though they where already at a fairly high elevation but decide the three stragglers would be better to focus on. After a quick but refreshing walkabout it was time to get back the never ending plumbing project. And yes the next of many trips to the lumber and building supply superstore. 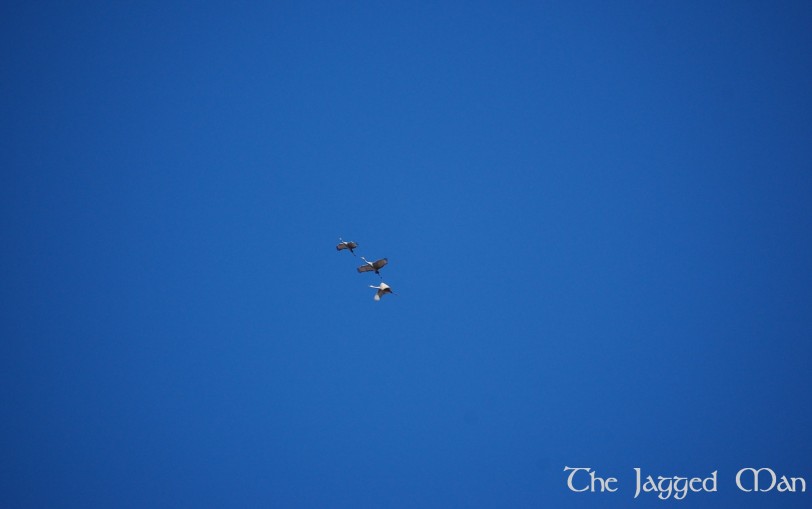 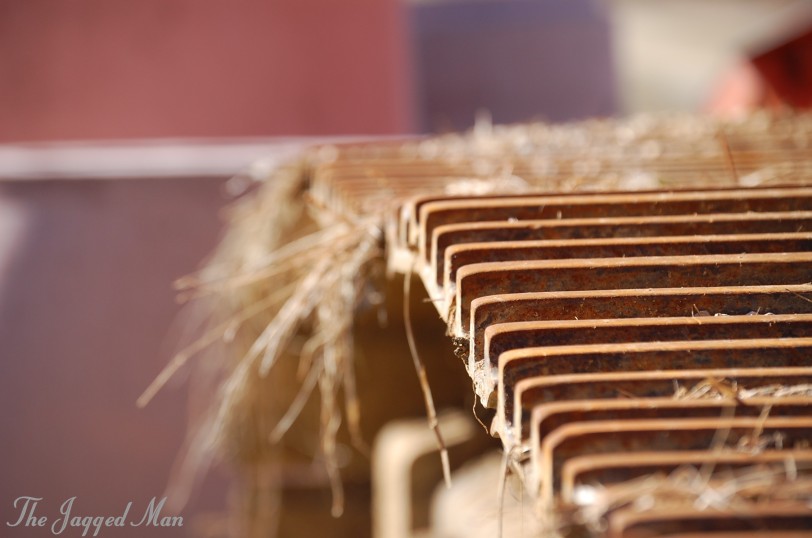 Thread of an excavator parked by the walking path. 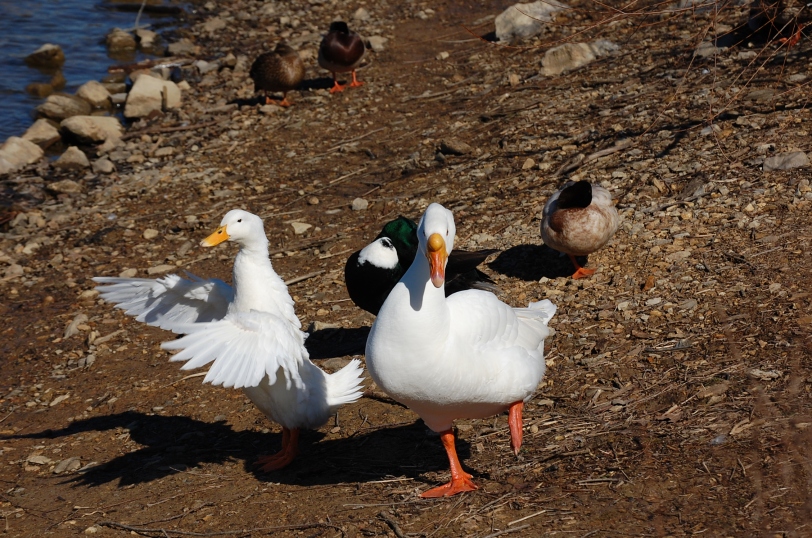 These waterfowl seem to be dancing. Maybe that is how they stay warm. 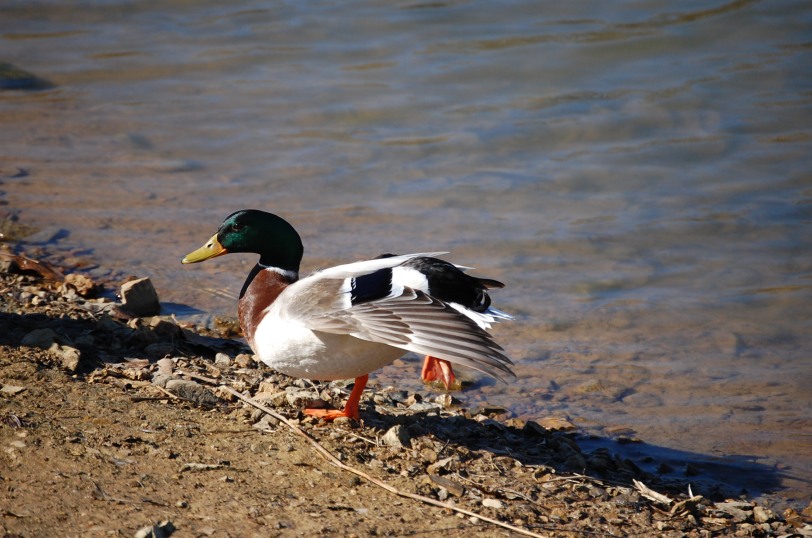 Either shaking off the cold or doing the Hokey Pokey.... 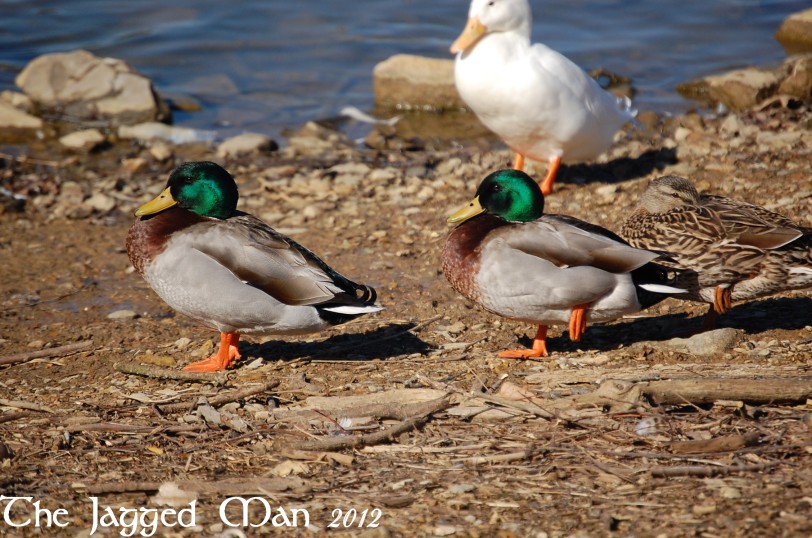 I love the plumage of Mallards.They sleep on one leg and I "woke up" the one on the right.