By The Jagged Man May 28, 2011 freedom KIA Rolling thunder 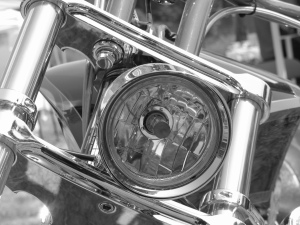 It’s hot. Again. It’s hotter than the last of September should be but hundreds of people line the road anyway. We all are looking up the road toward the north. Waiting. Watching. Watching . Waiting.There! There it is! The procession is coming! I see in the distant. First it is twinkling lights of red and blue then I  hear the rumble . At first faintly and then it  sounds like rolling thunder though just a little more subdue than natures fury. This is the sound of the patriot guard bike escort passing by. They are leading the procession that is bring another local hero home from the war.

The first thing I notice is the different cadences of the exhaust pounding out their songs into the day. It is then that I realize there is not only Milwaukee V-Twins sing their song but other makes as well. There are a  few Goldwing’s in the mix as well.  The the orchestra of sound is some how a reflection of us all: different yet distinct but some how all the same.

I collect my thoughts just as the hearse carrying the body of an American soldier comes next into view. Not just an American soldier but Our solider I reflect. I look up the road at the hearse and I see the American flag covering the coffin through the window. As it passes I make brief eye contact with the fallen soldiers appointed escort sitting in the passenger seat. I didn’t know this till last year but an escort is attached to a fallen soldiers body till it is turned over to the family’s appointed funeral home. Basically he is to safeguard the body and make sure it is  properly returned to the family. There really is no “basic” to it for the honor and respect it shows is beyond the grasp of mere words.

The procession passes and ,we the people, head back to work.At first glance it looks like a long human wave lapping the concrete shore. As I walk back up to the parking lot I think about the escort . First I  am surprised how young he looks. I do not for one moment doubt that he is older inside than he looks outside.  I also notice in his stern but baby like youthful face that there is possible Asian blood in his family line. I am still amazed that in this country we represent a  rainbow of races and cultures. One theme runs through my mind stirring my humanity to believe, though we are distinct and different, yet we are some how all the same.