Ha-Ha To The Old Year and Some Other Stuff

There is a line in one of my favorite indie artists Eric Peters songs “Old Year of Denial” that goes like this: “Ha ha to the old year, good-bye to the cold fear, going cry when I need it, smile when I need it…” Simple words and as some may know music is my oldest friends and I find comfort in the healing music can bring. And then there is laughter an old friend I have not leaned on enough for most of the last few years but she shows up none the less. And usually at right on time but a few times at moments that were awkward. That is what good friends do, right? 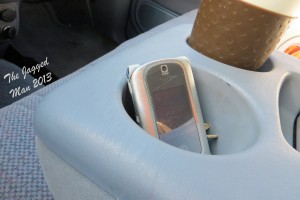 Today I had to travel a couple of counties over to get a part for my new-to-me ride known as The Blue Broom. I had the radio on and was thinking about nothing in particular when I looked down at the cup holder and saw my phone. Since Pops died I have left my phone at the house at least twice. That never happened when he was alive. Thinking about it I did not leave my phone home while Mom was dying of cancer. As I looked at the phone I became aware that there was now no tension there. I did not look at it with dread and expecting the “news” that I feared was coming. Now it is simply a phone.

I do not know when it happened but somewhere in this last leg of my journey I quit being the comforted and became the comforter. It was something I saw my folks do. They loved people and just did what was needed when it was need.They listened.They feed families. They got others to laugh. They just did. No muss, no fuss.

I was working on The Blue Broom when it hit me that I am glad my Pops encouraged me to work on my stuff. The pulley that needed replacing was not going to clear the bolt before hitting the inside fender well. I could have given up but that was not in the plan so I used my skills and got the job done. No muss, no fuss. 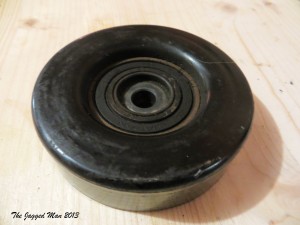 ….to remove one of these your Pops did a good job on raising you. 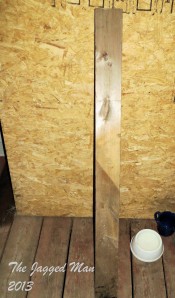 If you have used one of these….

A calendar that hangs in the reading room at the house is our life line on all things going in the life of The Bride and I. Well mostly. The calendar has two stars I drew on them heading toward each other.One from the twelfth and one from the twenty-second. In the middle is the eighteenth of December. That is The Brides and mine anniversary date. The twenty-second was the date Mom died last year. The twelfth was the date Pops died this year. “Ha ha to the old year, good-bye to the cold fear, going cry when I need it, smile when I need it…” 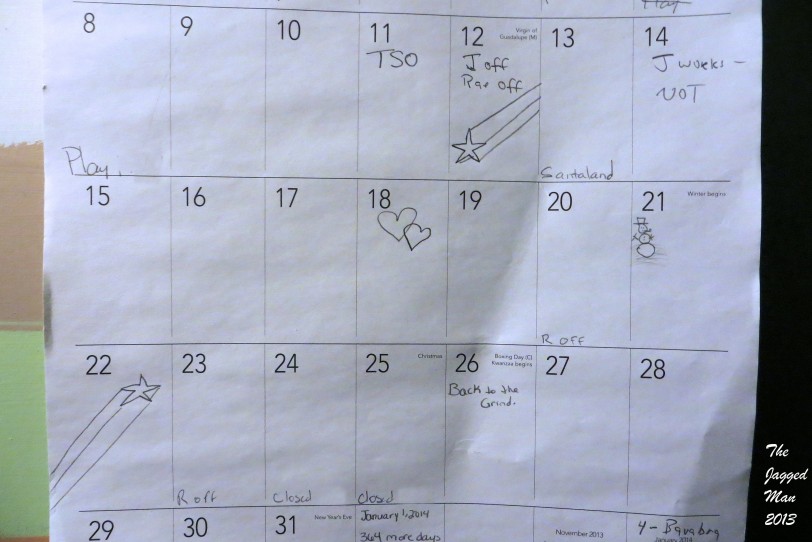