If there is ever was a recipe for disaster, and/or success, it is a Blues, BBQ and Bikes event! We have been dying for something like this around here for a long time. Our county you see is dry, well somewhat moist, and the town it was held in just started allowing packaged liquors sales a little over a year ago.It may seem obvious but you simply cannot have BBQ and Blues without beer. I am sure there is a law about this on the books somewhere.

The Bride and I spent the day at the BBB event and it was not the end of the world some thought it would be (Unless your definition of the end of the world is most of the vendors running out of BBQ before the end of said event). Though I was not allowed to drink because of my being on call I did partake of some mighty fine BBQ! 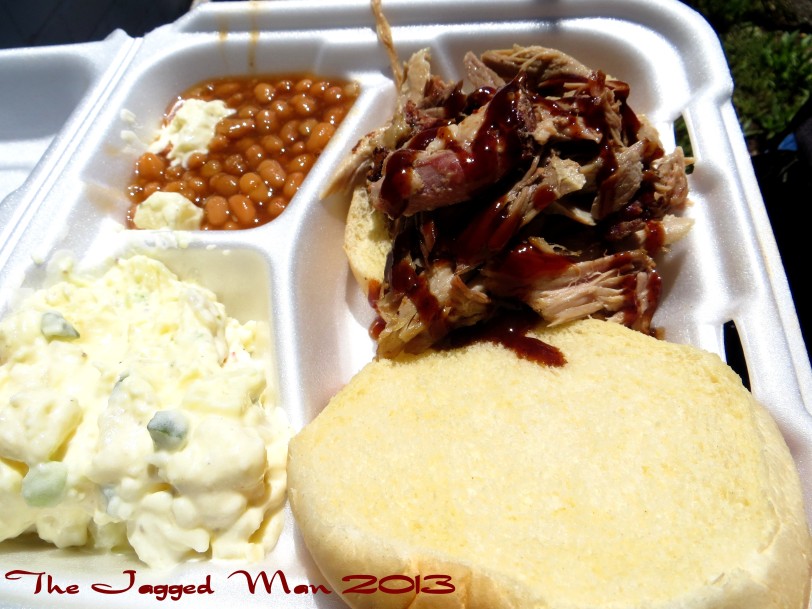 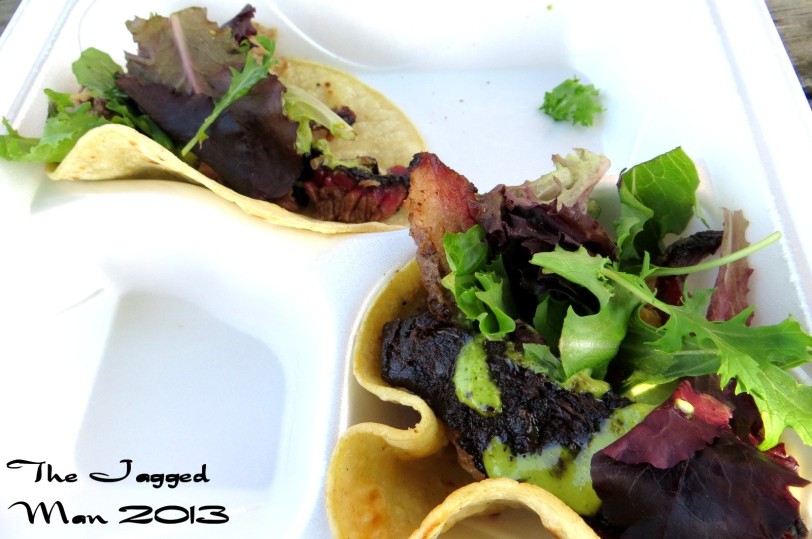 The sun was dancing off the chrome drenched motorcycles lined up along the streets. 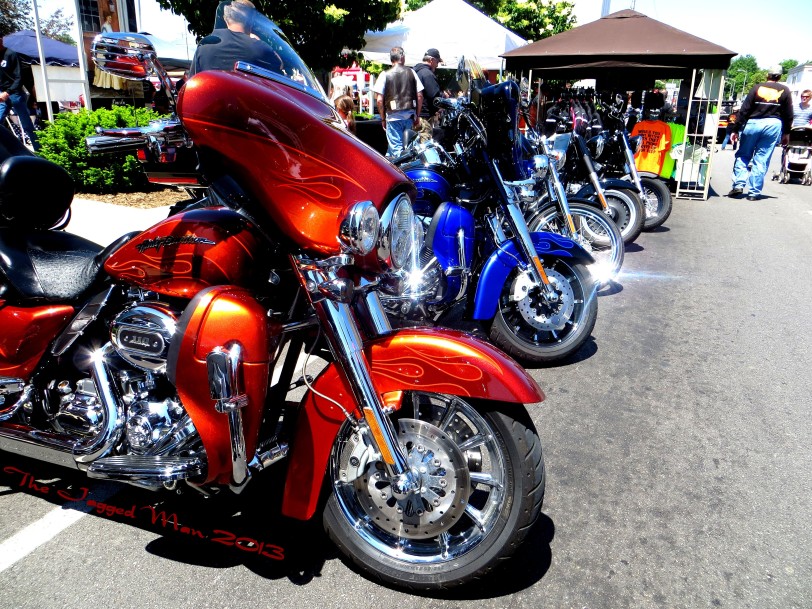 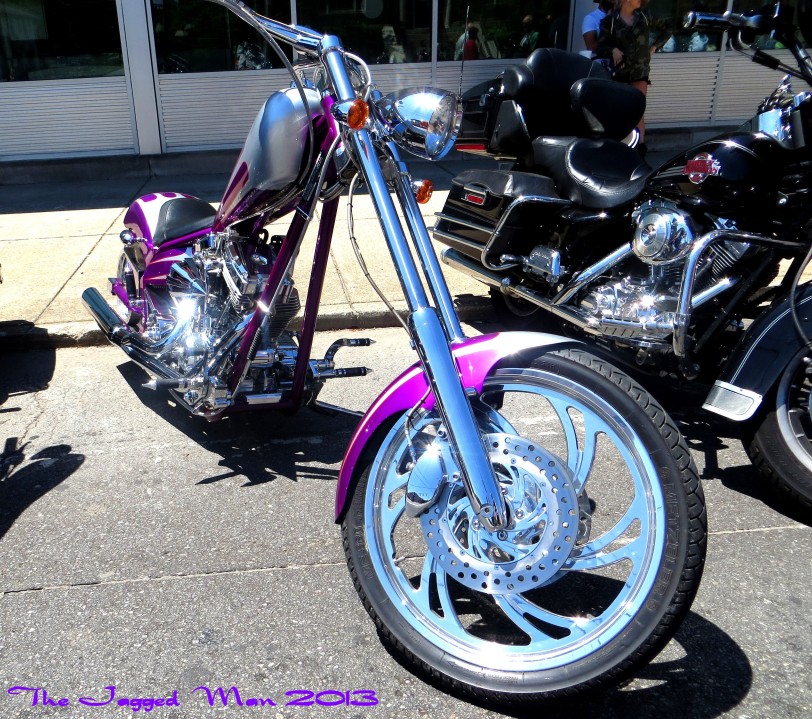 There was a few custom bikes among the eclectic mix of bikes. 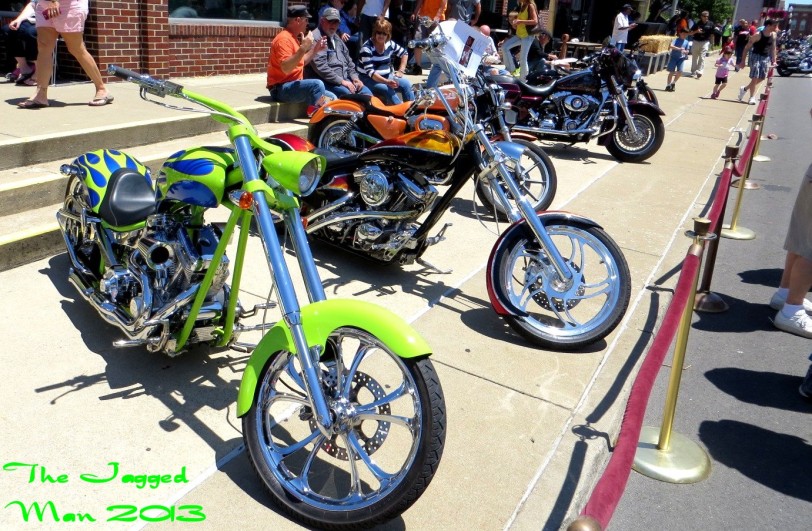 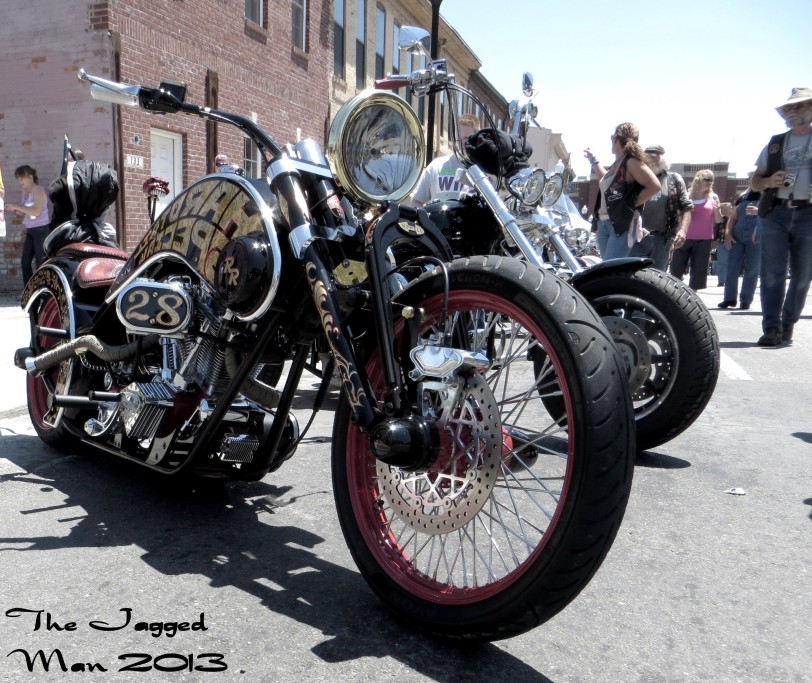 There was plenty of Harley’s that owners had added their personal styles and vision to. 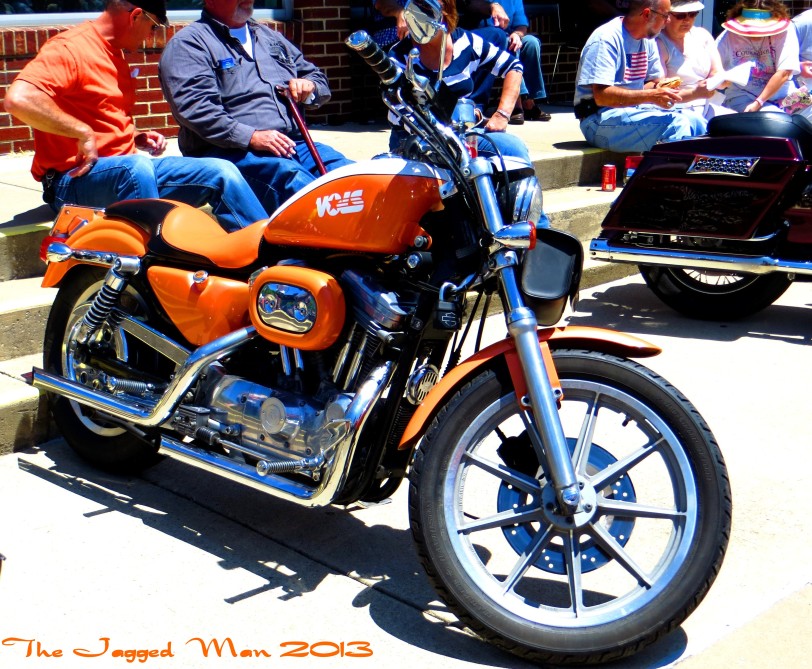 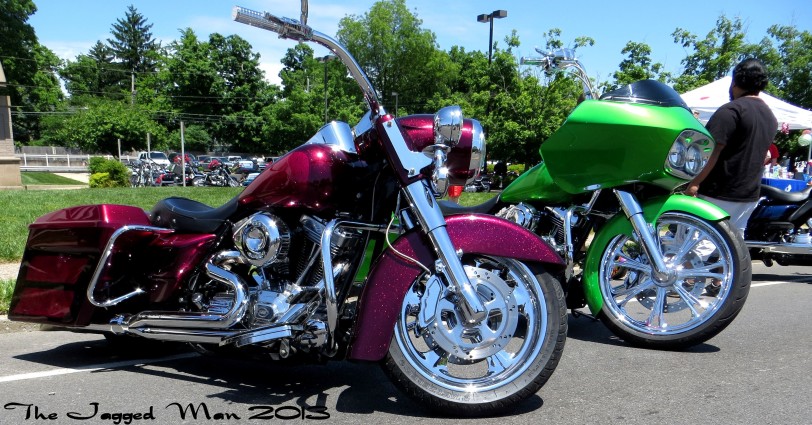 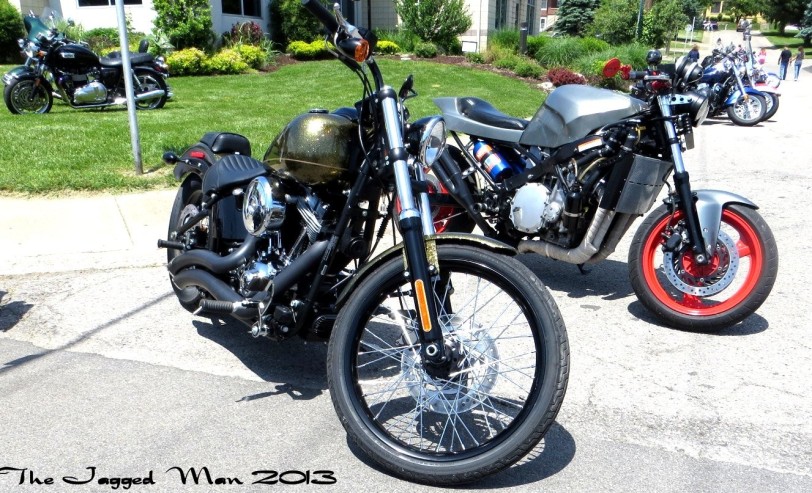 I said the mix was eclectic and it was. Here are a few in no particular order: An old BSA, A cafe racer-to-be, A custom metric bike, A Kenny Roberts RZ350 , A crotch rocket, A New Triumph and A Rat Bike. 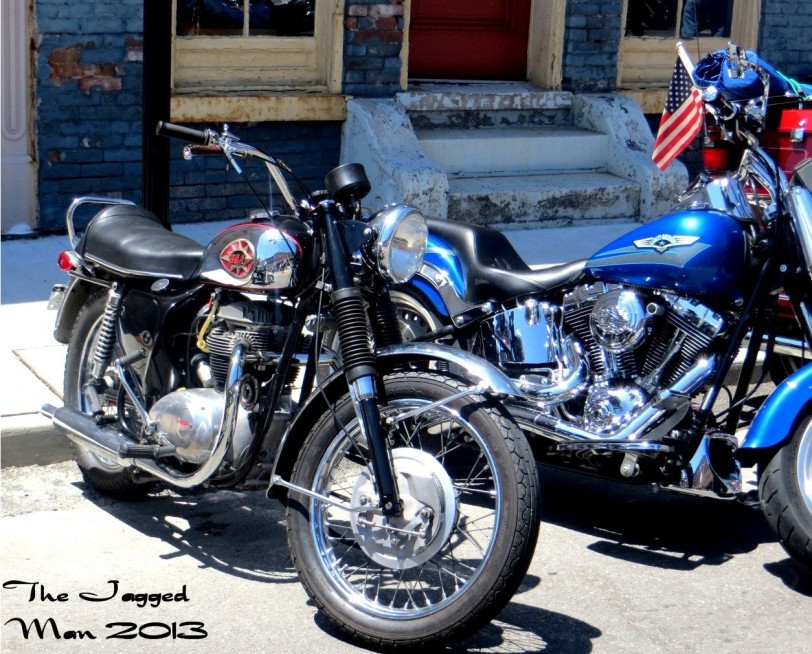 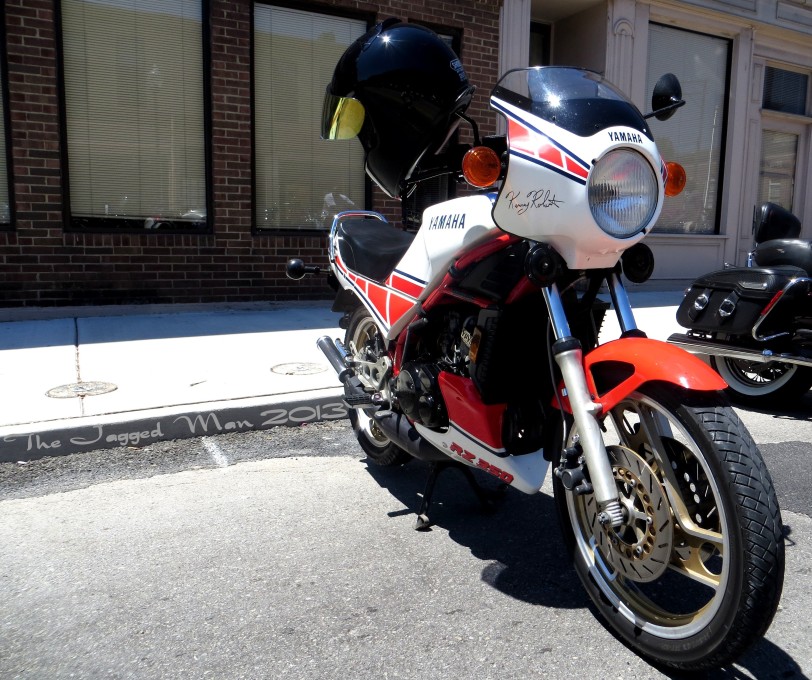 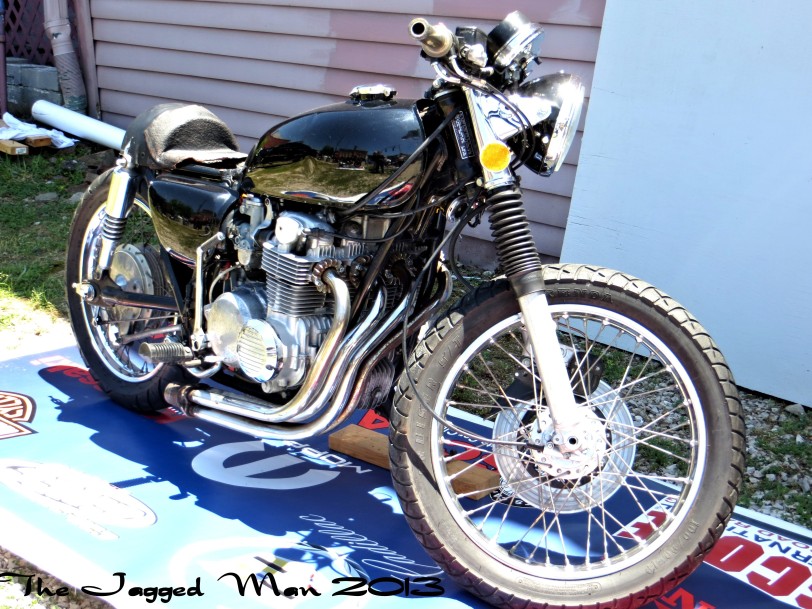 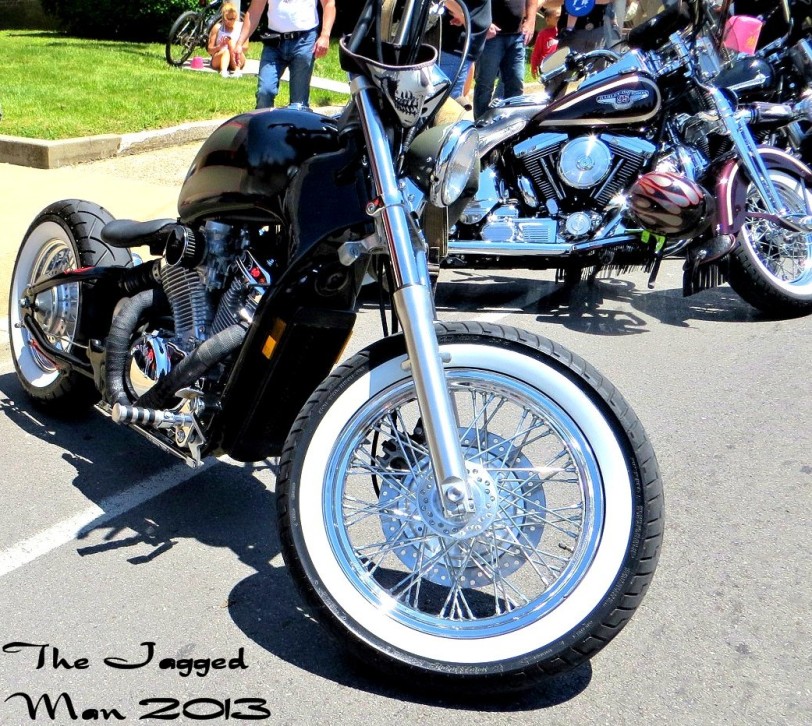 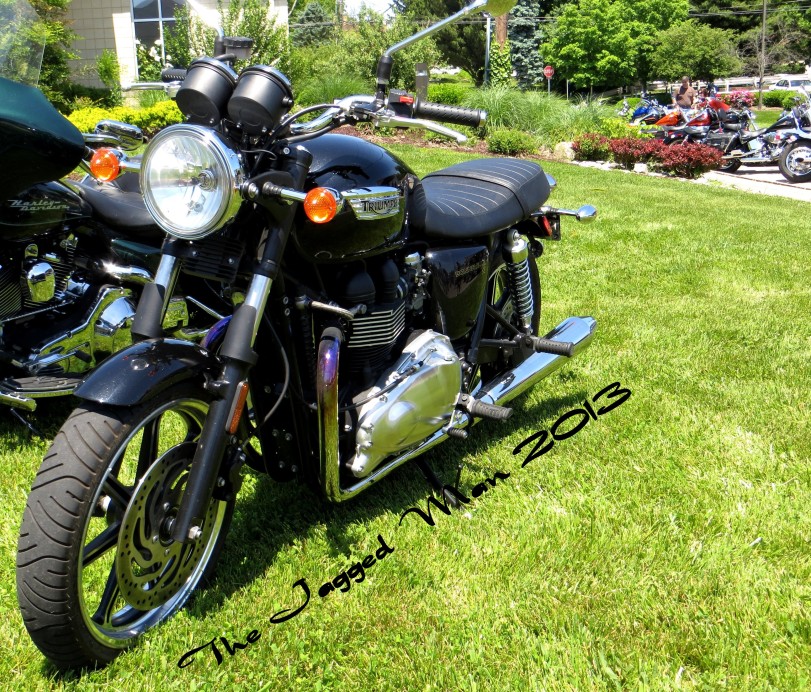 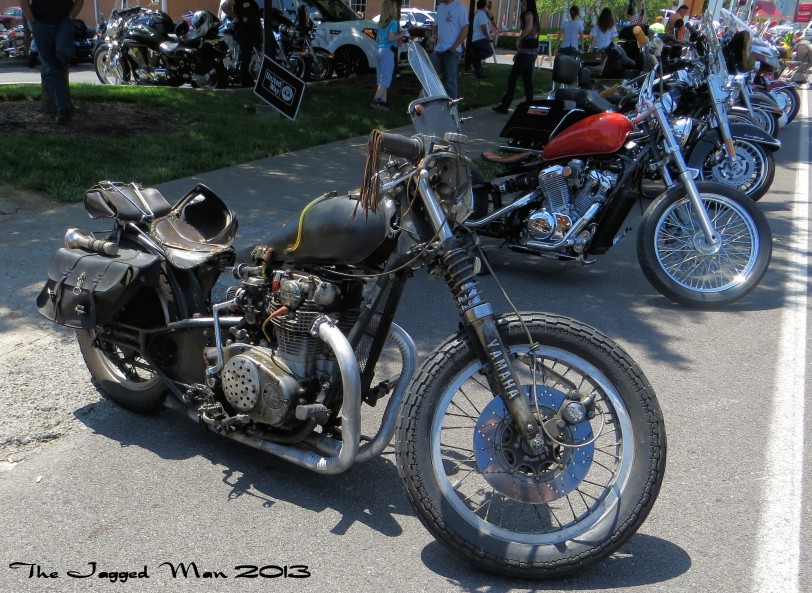 The best part of the day was my time spent with The Bride. We finished the evening listing to a blues band out of Chicago. We are looking forward to the event coming back next year. Since I did not take any pictures of the band here is a photo I took to represent music for a contest a while ago. 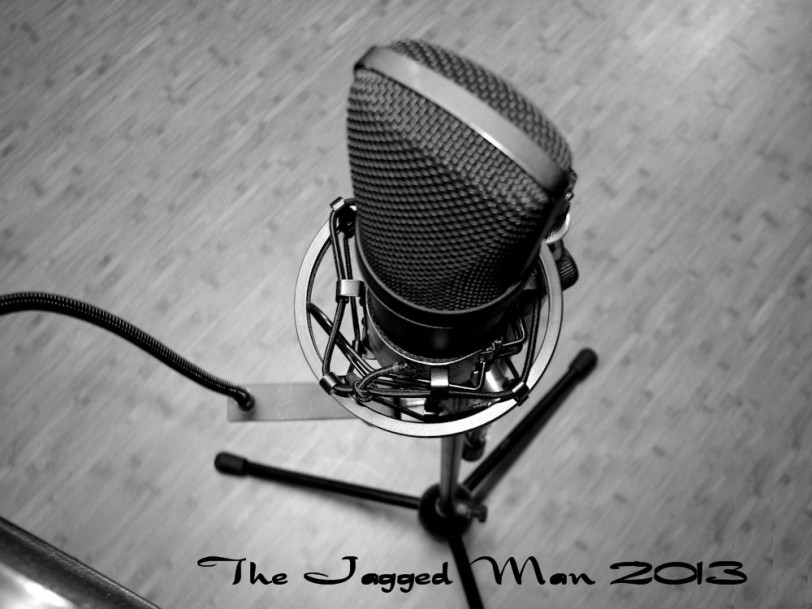 4 thoughts on “Blues, BBQ and Bikes”