The Season That Falls Into Night

Some time back I had posted some of my poems. I mentioned I had hoped they would inspire me to write more poems. So here is my first attempt since my late teens or early twenties at writing pottery. I do not believe Billy Collins nor Maya Angelou have anything to worry about. Enjoy! 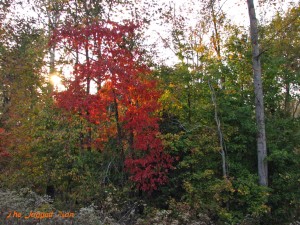 The Season That Falls Into Night

Cool is the winds as its presence graces my face

But bright is the sun accompanying the same space

Unburdening the greens left in spite of tendrils of increasing brown

Reds and orange intertwine as leaves fall to the ground

Landing  softly of the last of the green that once abound

Soon the colors will blend into grey

The next season of which is on its way

Things would be  bleak when winter arrives if not for snow

And clear skies in which pollution does not blow

The new is laying dormant under the blanket of winter

New color and the twittering sounds of life

Await patiently for what comes after the season Falls into Night.

3 thoughts on “The Season That Falls Into Night”