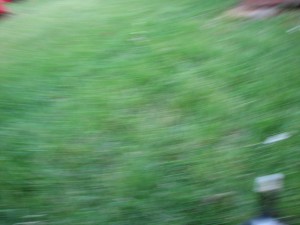 ‡ The following post was a post I wrote on my old      ipaq pda while sitting in church a month or so  ago. If  you don’t get the  sense from this post that it was one  of those days, I will just tell you it was one of  those days. I sometimes  write to just  settle myself in  times of stress and get rid of the  piece. Lately i have  been saving therm and trying  to learn form them. Not  always pretty but these  pda post are usually more  “real” than most .   So enjoy some of my not so pretty  days! ‡

Out sync. Yes that’s it. Out of sync. That is what I am this morning. I was  sitting on the kit playing with the praise band and felt very connected  with the praise but with nothing else. It has been a long hot couple of weeks so my give a crap-o-meter is in the red zone. By the way the red zone is  the ” Don’t ” part of the give-a-crap-o-meter .

There is a war going on inside every one of us that usually collides with the  rhythms of life. Usually we can be civil and work around that internal conflict and play well with others. Me? Not today. My efforts to bring it in line have failed so I look at the next line of defense: Reset my default to the baseline response of “keep my mouth shut” mode. Unfortunately I did that a little late.  As one comedian says ” I had the right to remain silent…But I didn’t have the ability..” I let the war inside out and started a few skirmishes. Nice. Lighten’ fires while @ the same time praising God.

Well I guess I will be spending the next week or so playing fireman answering the fire alarms for my fires started and ask forgiveness.  Yep out of sync.